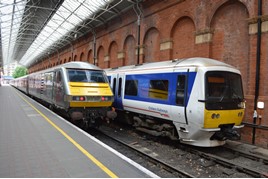 A new, independent organisation should be established to enhance accountability and enable a more joined-up, long-term approach to railway decisions.

Rail Delivery Group Chief Executive Paul Plummer, speaking at the Accelerate Rail conference in London on March 19, said the new organisation could also stop the railway being used as a ‘political football’.

He said the body, which would cover England and Wales, should be responsible for setting strategy, objectives and targets, and for holding the industry to account. It must be separate from the organisations responsible for running the railway (both track and train), and have real autonomy and real powers.

“Too often at the moment, the lines of accountability are blurred, and the public doesn’t know who is responsible for which part of the system,” he said.

“There are too many bodies, some with conflicting remits and competing agendas.

“Ministers understandably feel they are left on the hook for day-to-day problems. Rationally, they often attempt to offset political risk through constrictive contracts, but that means companies’ ability to innovate, adapt and evolve is curtailed."