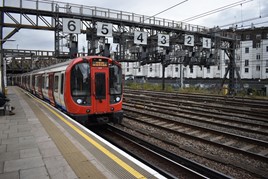 The leader of the drivers’ union was responding to Prime Minister Boris Johnson’s suggestion that driverless LU trains could be a condition of the emergency funding for Transport for London.

Johnson discussed the idea at the launch of construction of Siemens’ Goole factory, where the first tranche of new Deep Tube trains will be built for the Piccadilly Line.

Johnson told ITV News: “You can run these trains without the need for somebody to be sitting in the driver’s cab the whole time.

“So, what I will be saying to the London Transport Authority is: let’s take advantage of this technological leap forward, let’s not be the prisoners of the unions any more, let’s go to driverless trains, and let’s make that a condition of the fund-ng settlement for Transport for London this autumn.”

Whelan retorted: “Train drivers on London Underground have continued to work throughout this pandemic to make sure that fellow key workers can get to work and back. Now those very same workers are being treated with contempt and told they’re not needed.

“People will be taking driverless car journeys to Barnard Castle before a driverless tube to Elephant and Castle,” said Whelan.