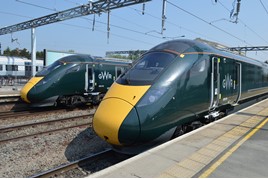 The level of CO2e emissions and emissions per passenger kilometre on passenger trains decreased in the 12 months to March 2020, despite an increase in both electricity and diesel usage.

Figures released by the Office of Rail and Road on November 5 reveal that for the April 2019-March 2020 financial year, electricity usage for passenger trains increased by 5.3% compared with the previous 12-month period (up to 4,186 million kWh, and an increase in KTonnes CO2e emissions of 1.4%).

However, while diesel usage by passenger trains also rose (up 1.5% to 476 million litres), a decrease in KTonnes CO2e emissions of 5.8% was recorded.

ORR attributes this to a transition towards renewable energy sources in the electricity sector. It also says that passenger rail usage during the first quarter of 2020-21 was severely affected by lockdown as a result of the Coronavirus pandemic, and that this is expected to have a large effect on emissions for the current financial year.

However, the amount of diesel consumed by freight trains increased to its highest level in five years (172 million litres, up 12.5% from 2018-19), while the freight sector’s electricity consumption dropped by 6.3% compared with the previous year (to 70 million kWh).