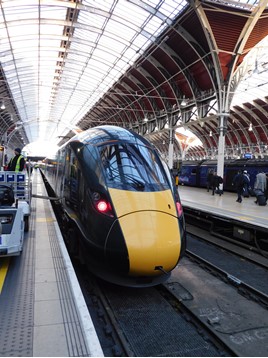 FirstGroup says its like-for-like rail passenger revenues increased by 3.2% year on year between September 2017 and January 2018.

It claimed that the TransPennine Express franchise “continued to deliver industry-leading revenue growth, with even greater growth required as the new fleet starts to be introduced into service from autumn 2018”.

Full year results for the year to March 31 are expected to be announced that day.

Helen Wylde has stepped down as managing director of Lumo, to take up a post outside the rail industry.