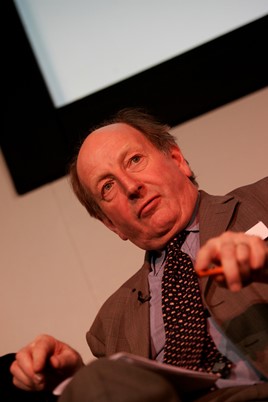 Parliament has been “seriously misled by the failure of HS2 Ltd and by ministers to report objectively and fairly on costs and programme changes”, claims the former deputy chairman of the Oakervee Review into HS2.

Lord Berkeley reached his conclusion in a Dissenting Report into HS2 he published on January 5. He also expresses a lack of confidence in HS2’s corporate ability to take the project forward and in the Department for Transport’s policies and structures to manage such projects on behalf of the whole government and reporting to Parliament.

“On the basis of evidence going back some years, I question whether HS2 Ltd is fit for purpose to deliver Phase 1 if ministers decide it should go ahead,” he wrote.

Reaching his conclusion that Parliament was misled, Berkeley highlights a letter from then-Secretary of State for Transport Patrick McLoughlin to Chancellor of the Exchequer George Osborne, dated May 11 2016, which Berkeley says stated that the DfT “could not keep within the budget but must keep this secret for risk of Parliament throwing the project out due to low Benefit:Cost Ratio”.

Reports last year suggested that at the time the letter was written, McLoughlin told Osborne that Phase 1 was £1 billion over budget. Berkeley also states that a DfT official argued that the public interest in withholding financial information significantly outweighed any public interest in disclosing it, because detractors of HS2 could “use such information to renew their criticism of the HS2 programme, which could result in cancellation of the HS2 programme by government”.

Berkeley told RAIL: “Parliament wasn’t kept up to date as costs increased. If it had seen the costs shooting up, it could have challenged the specification of HS2."

However, HS2 spokesman Alastair Cowan told RAIL the Cook Review found that cost rises were largely due to a lack of detailed geographical information on HS2’s route, which could only be established after the Hybrid Bill for Phase 1 which gave access to the land was passed. He refuted the suggestion that HS2 misled Parliament.

DfT spokesman Maggie Sheldon echoed HS2’s response, saying: “Lord Berkeley’s report represents his personal view. We refute any suggestion that the Department or HS2 Ltd have misled Parliament on the costs of HS2."