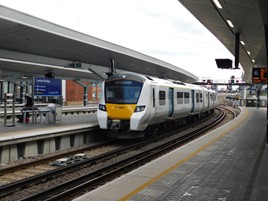 The outgoing chief executive of the Office of Rail and Road has blasted the rail industry for its poor performance, pointing the finger partly at Network Rail.

Joanna Whittington, who is to leave the organisation in October, said at a conference in London on September 12: “The need for improvement is pressing. Performance has been poor for many passengers for a prolonged period of time. Delivery by Network Rail has caused problems but that’s not the only cause. Strong planning is essential – as an industry there’s a lot to think about in respect of poor performance and the speed at which it may be recoverable.”

She said one lesson that needs to be learnt is that “setting tough targets on efficiency does not on its own deliver an efficient outcome” adding that – to an extent – it is up to NR and the train operating companies (TOCs) to decide an acceptable level of performance.

“You don’t deliver performance by a regulator setting a tough performance target,” Whittington said. “It has to come about between NR and TOCs and we’re very keen that everyone should work to the same target so that incentives are aligned. That hasn’t happened so far and since June the implications from the May timetable change have become very apparent to everyone and the current level of PPM remains low and unacceptable.”