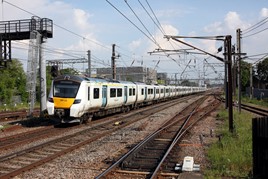 Operators have largely blamed Network Rail for the problems suffered by rail passengers following last month’s overhaul of timetables, with Govia Thameslink Railway and Northern passengers enduring a catalogue of delays and cancellations.

For weeks, the companies had been warning passengers that the May 20 change might not go smoothly. A week after the new timetable launch, GTR was still reporting a Public Performance Measurement (PPM) performance figure of just 38% on the Brighton Main Line, with one in three trains running more than half an hour late and many dozens of GTR services cancelled each day.

Secretary of State for Transport Chris Grayling apologised to MPs in the House of Commons. He said he had informed Network Rail that this must not happen again.

“Many passengers have suffered disrupted journeys,” he said. “I’m sorry this was the case.”

Train operators said it was becoming increasingly challenging to plan for disruption, with NR confirming final details of line closures to enable engineering works only a few days in advance. Previously the infrastructure owner was obliged to provide 12 weeks’ notice.

On the late May Bank Holiday, closures included a blockade on the Great Western Main Line between Didcot and Bristol, with buses replacing many trains. And on Thameslink and Southeastern, a closure between Brixton and Shortlands in south London had significant impact.

“It means we are given less than a week to draw up driver rosters,” commented a senior train operator source.

“Less than a week to organise extra guards to work on a Bank Holiday, so we are relying on the goodwill of our staff to make sudden changes to whatever family plans they may have for a day off.

“And, most importantly, less than a week to inform passengers where and when they can or cannot travel.

“And, of course, we take the reputational hit. When it comes to pointing the finger of blame, perhaps people should look a bit more closely at Network Rail’s central planning team. Network Rail is the system operator. It rejects many of the trains we would normally expect to run.”

NR did not wish to comment on the claims by train operators, suggesting that it was “not helpful” for different parts of the railway to be seen criticising each other.

Nevertheless, a Network Rail source said it would be unfair to lay all the blame on the planning team, as train operators were increasingly seeking to amend their service requests a week or two before a planned blockade.