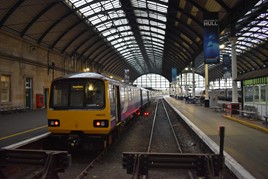 Work is needed now on regional schemes to alleviate congestion pinch-points, rather than wait for promised bigger schemes such as Northern Powerhouse Rail.

Speaking exclusively to RAIL, Northern Managing Director David Brown said: “There are a number of things holding us back from being able to fully deliver what the original franchise offered.

“There are a number of congestion issues to deal with, as all operators are trying to run more trains.”

When Arriva took over the franchise, performance for April 2016 was 93.8% on-time running (delays of 0-5 minutes). Performance for the corresponding period three years later was 88.9%.