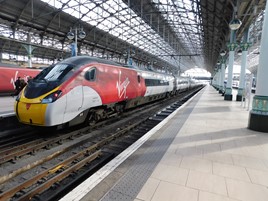 The Northern Powerhouse Partnership has criticised a paper on High Speed 2 by the Adam Smith Institute, which claims that the new railway will deliver “limited benefits”.

Written by Adrian Quine, Don’t Railroad it Through argues that HS2 is poorly managed, excessively complex, “unnecessarily fast”, that its motivation is political, and that some Northern cities could lose direct trains to London.

It recommends upgrading existing routes with new signalling and doubling the number of tracks, reopening mothballed lines, building new sections of ‘conventional high speed’ railway (although it does not explain the term), and targeting bottlenecks at key junctions.

It also advocates upgrading the Chiltern Main Line and reopening the southern section of the former Great Central Railway between London and Rugby.

However, Northern Powerhouse independent panel review into HS2 member Sir Howard Bernstein dismissed the conclusions, saying: “Just because this commentator thinks this is a poorly managed project does not mean its essential purpose is wrong."

Northern Powerhouse Partnership Director Henri Murison added: “The North is not going to stand for cancelling HS2 in order to pay for a list of schemes which go nowhere near increasing capacity to the extent we need, and which certainly don’t address the challenges of travelling between the Midlands and northern cities like Sheffield and Leeds.”