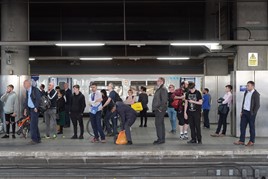 The government has announced what it claims is a comprehensive compensation scheme for passengers in Northern England affected by recent disruption following the May timetable change.

This follows a recommendation from the Department for Transport (DfT). The package was agreed at a Transport for the North board meeting in Manchester on June 28.

Season ticket holders on the worst affected Northern services in Lancashire, Cumbria and Greater Manchester who experienced disruption before and after the May timetable change will be eligible to receive a cash payment equivalent to up to one month’s travel which will be in addition to the standard existing compensation passengers are entitled to.

Season ticket holders in other parts of the region that have been badly affected since the introduction of the May timetable will be eligible to receive a cash payment equivalent to one week’s travel: this will also be in addition to the standard existing compensation passengers are entitled to.

There will also be marketing campaigns for the tourist areas affected by the disruption, such as Blackpool and the Lake District, and this will be funded as part of the package. The DfT said further measures will be agreed shortly.

Rail Minister Jo Johnson said: “Rail passengers have experienced unacceptable disruption and, while we have started to see some improvements, many people are still not getting the service they expect. We are doing everything we can alongside Transport for the North and Northern to improve the service, but it is absolutely right that passengers should be compensated for the disruption they have suffered.

“This comprehensive package, together with the steps we are taking to get services running and the independent inquiry we announced earlier in the month, should go some way towards putting right the problems we’ve seen.”

Passengers will start receiving payments from early-July. Northern is running a temporary timetable until July 29.