No plans to devolve NR in Scotland 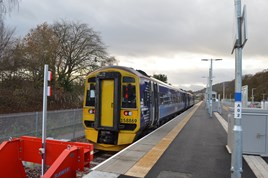 The Government is not planning to devolve Network Rail in Scotland to the Scottish Government.

Alan Brown (SNP, Kilmarnock and Loudoun) had asked in a House of Commons Transport debate on March 30: “As we move towards the post-Brexit world, and as the Scottish Parliament is supposedly going to get new powers, will this Government do something that is already in their gift - devolve the power in Network Rail to Scotland, so that the Scottish Government can fully take control of investment and maintenance delivery and programming in Scotland?”

Rail Minister Paul Maynard rejected the plan, saying: “I am always happy to answer this question each month in Transport questions. We looked at that issue carefully in the Smith commission - there was no consensus, and we are not taking the proposal forward.”