No changes at Northern - Jones 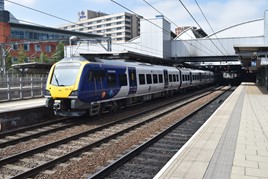 Any major change to the Northern franchise could result in significant disruption, Rail Minister Andrew Jones has warned.

He was responding to a Commons Written Question from Faisal Rashid (Labour, Warrington South), who had asked if Government would make it policy to allow the Northern franchise to be publicly run.

Similar calls have been made by the Metro Mayor of Liverpool City Region Steve Rotheram and Mayor of Greater Manchester Andy Burnham.

Replying to Rashid on July 11, Jones said: “Alongside Transport for the North, who co-manage the franchise, our absolute priority is delivering the services that passengers expect.

“At a time when performance is improving and brand new trains have been successfully introduced onto the network to replace the unpopular and dated Pacers, major change could result in significant disruption. We see no reason at this stage to consider making changes to the franchise.”