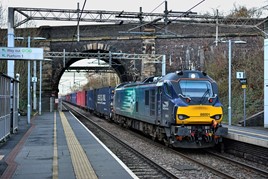 The Government should take a more active lead in supporting the growth of the freight sector, in order to meet an increasing demand for fast deliveries while also reducing congestion and emissions.

That’s the verdict of the National Infrastructure Commission (NIC). In its interim Future of Freight report, the independent Government body, chaired by former Railtrack and Network Rail Chief Executive Sir John Armitt CBE, claimed that the Government “often has little understanding of why and how to plan for freight”, which it said “leaves the needs of the freight system far down the priority list”.

The report added: “The Government’s current approaches to policy making for freight are piecemeal, fragmented into individual modes, and have struggled to proactively confront future challenges.

“A lack of freight-aware decisions risks perpetuating harmful by-products and compromising the efficiency of the UK’s freight system. If it becomes less efficient, or its productivity is dampened, these could be manifest in lost export income, reduced employment, higher import prices, and consumer impacts such as less efficient deliveries and a higher cost of goods.”

Recommendations for the Government and the wider freight and logistics industry to consider will follow in the final report, due to be published in the spring.

In Future of Freight, the NIC highlights the benefits that rail freight brings to the environment, suggesting that 9% of goods in the UK are moved by rail each year (despite a sharp decline in demand for coal transportation in recent years), while accounting for just 2% of the UK’s transport greenhouse gas emissions.

The report also criticised the Government for a lack of clarity over how it wants the rail industry to reduce its overall carbon emissions.