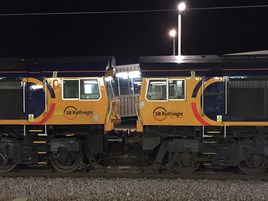 The new hoppers are estimated to enter traffic on October 1. GBRf plans to run 27 trains per week, delivering over 37,000 tonnes per week. The trains will run between Port of Tyne and Lynemouth Power Station.

The contract is part of a ten-year investment project for the power station. GBRf previously operated coal services to Lynemouth power station when it was owned by RWE npower. The last coal train into the station was April 2015.