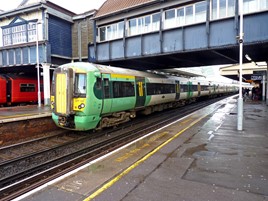 The RMT wrote to new Govia Thameslink Railway Managing Director Patrick Verwer on August 6, over the ‘axing of guards and rolling out of Driver Only Operation’.

The union wants Verwer to “take an early initiative” regarding the ongoing dispute on Southern, which is Britain’s longest-running industrial dispute. RMT called for a decision by August 9.

RMT General Secretary Mick Cash said: “RMT members have been fighting to defend the principle of a safe, secure and accessible railway for all on Southern Rail for well over two years now. The arrival of a new Managing Director presents both sides with an opportunity to take a constructive approach, and work on an agreement that matches the best practice in the industry in the wake of recent settlements including the deal on Greater Anglia.”