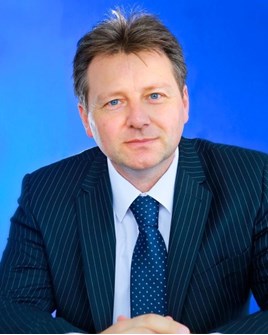 The establishment of a new Institute for High Speed Rail Engineering at the University of Leeds is set to bring added focus to HS2 research.

Professor Peter Woodward joins the university in June to take up his new role as chairman of high speed rail engineering, heading the new institute.

He will be responsible for developing the institute at a time when the region is working to unlock the potential of the Northern Powerhouse and HS2. With a background in geotechnical engineering, the plan is to create a world-leading research and innovation hub with an emphasis on train-track interaction and infrastructure systems.

Woodward joins from Heriot-Watt University, where he is currently an industry-sponsored professor of high speed rail. A distinguished researcher, he played a key role in developing the polymer-based track stabilisation system known as XiTRACK, which has increased track speed and reduced maintenance costs in a number of rail networks.

Woodward will take to the National Rail Conference stage at the BCEC in Birmingham on June 15, to talk to delegates about the new institute at Leeds and the bigger picture of HS2’s role in the North and the UK. To hear his speech, book your delegate place now at www.nationalrailconference.com.