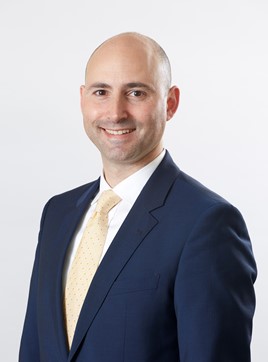 Mitigating the ongoing impact of COVID-19 on staff, the business and customers is the number one priority of new DB Cargo UK Chief Executive Officer Andrea Rossi.

In a statement released on September 1, his first day in the position, Rossi said that DBC had shown its resilience during the pandemic despite a sudden and significant drop in the number of freight trains.

He pointed out that during the pandemic, DBC was able to announce major contracts with the likes of Royal Mail, Drax and Tarmac, and that these would help build a solid foundation for the future. He added that DBC has also acted launched new services despite the restrictions caused by social distancing rules.

“We’re by no means out of the woods yet, but we’re already seeing the green shoots of recovery in key markets such as steel and construction. There’s no question that our diverse portfolio has been a strength that will see us through this,” he said.

Rossi has been DBC Chief Financial Officer since 2013. His plan is to use the first few months to work with key stakeholders to gain a shared view of the new, post-pandemic landscape for rail freight.

He replaces Hans-Georg Werner, who has retired having been with DBC in the CEO role since October 2016.