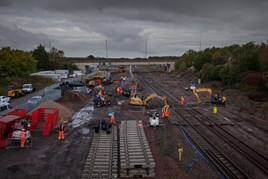 Network Rail’s emerging plans to operate, maintain and renew the rail network between 2019 and 2024 are ‘robust’, according to independent risk and assurance experts Nichols, working on behalf of the Office of Rail and Road (ORR).

For operations, Nichols reported that NR had developed clear and transparent targets with its stakeholders and that it understood what it needed to do to meet these targets. However, it called for more consistent links between staff numbers and operational strategy, particularly to provide a rapid response to busy areas, so-called ‘hot spots’.

While maintenance plans are clear in terms of unit costs for around 550 standard job types, and the volume of work, Nichols called for more work to discover the costs of non-productive time. This included factors such as travel time to a job, set-up time and the cost of work in terms of delays to trains.

Network Rail has well-developed plans for renewals according to knowledge of asset condition as well as safety and performance standards. Nichols found workbanks were based on achievable outcomes and had been planned in conjunction with the right stakeholders. It said that NR’s workbanks were based on safe railway operation by using small-scale, like-for-like in modern form renewals rather than large-scale projects.