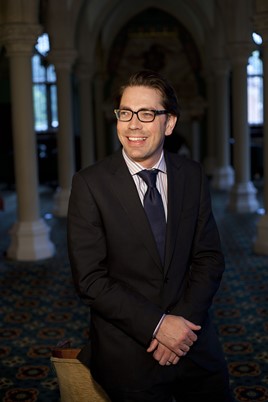 Steve Naybour, aka ‘Engineer Steve’, saw Mark Carne, the Network Rail Chief Executive at the time, on the BBC News explaining what NR was doing at Waterloo. Steve felt he could help. So he set about producing a series of video blogs explaining the problems that NR was dealing with in relation to its inherited Victorian assets at Waterloo, and how they are being replaced. His goal was to pitch the blogs at a level his mum could understand!

The response on Twitter was amazing - one of his videos has had more than 15,000 views. The success and positive feedback from the videos are all as a result of Steve’s passion for his work at NR and his desire to communicate better about what it is they do. He is currently in the process of appointing ‘Engineer Charmaine’ to carry on his legacy!