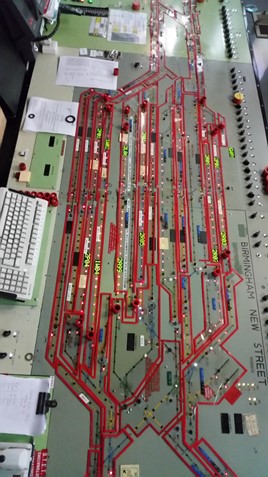 Between April 2016 and March 2017, Birmingham New Street was in the top six busiest stations outside London, with 62 million passengers using it each year. It is also one of the busiest interchanges in the country, with nearly 170,000 passengers changing trains at the station every day. With the increasing demand for public transport, it is forecast that rail travel between Birmingham and London will more than double in 20 years. As such, action was needed to prepare the station for that future demand.

A complex, multi-disciplinary feat of economic and strategic engineering, the Birmingham New Street Phase 4 & 5 renewals represented the start of a portfolio of renewals across the network. This was a £47 million project made necessary by the digital railway and technological advancements required for HS2, presenting many new challenges.

It was also a significant project involving civil engineering, signalling and telecommunications disciplines but, despite the complexity, it was achieved on time and within budget, while providing significant benefits to passengers in and around Birmingham because of improved capacity and infrastructure reliability.

Five years of detailed development enabled many alternative approaches to be considered, and it was recognised very early on that an innovative, collaborative partnership was the only way that the project could be delivered in such a demanding schedule. As such, a strong collaboration between Siemens and Network Rail was established.

The teams said that the project spirit meant that all participants would win or all of them would lose based on the project outcomes, and they all committed to a culture that would drive collaboration, innovation and outstanding performance.

They also showed impressive commitment to the local community by working hard to communicate with it and mitigate the impact of the work wherever possible. A number of schemes were followed to involve people living in affected areas, such as fundraising for charities and supporting the renovation of community sculptures.

The judges said: “Network Rail regards the methodologies used on this project as ‘a new way of working’ and a standard for future projects. Lessons learned from the project have been documented for future use. This was an impressive entry and, in the panel’s view, deserves recognition.”