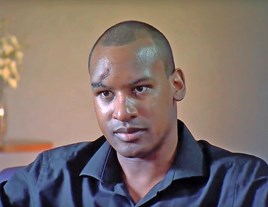 The National Rail Awards judges could not let the 2017 awards pass without honouring and recognising the brave BTP and Northern staff who ran directly into danger to help during the recent terror attacks in Manchester and London. They made four special awards. These are two of them.

Two weeks after the events in Manchester, events at London Bridge unfolded. At about 2200 on Saturday June 3 a BTP officer, PC Wayne Marques, was on patrol at London Bridge station. It was a busy night with revellers travelling to Borough Market and South Bank to enjoy the night-time economy. The officer was equipped with a radio and standard personal protective equipment, which included an extendable baton.

He heard a scream from outside the railway station which he described as: “The scream of someone in trouble.” He saw people running away from where the screaming had come from, and realised that something was very wrong and that people may be in danger. He saw people on the ground that had been subjected to multiple stab wounds, and then saw people actually under attack by three terrorists.

The terrorists had used a vehicle to attack people on the bridge. They had then disembarked and were attacking people with knives. They were wearing credible-looking bomb vests.

He ran towards trouble. As an experienced officer, he knew that the odds were against him. The best he could hope for would be to engage them and slow them down enough to buy some time for the injured, dying and fleeing people who were terrified. He knew what the probable outcome for him would be.

He engaged the three terrorists with his baton. He was stabbed and slashed several times, receiving extremely serious injuries. He carried on until he succumbed to these injuries and lost consciousness through loss of blood. BTP Chief Constable Paul Crowther visited Wayne in the emergency room -  Wayne’s only words while being treated were apologies for not doing enough: “There were too many of them Guv - I’m sorry.”