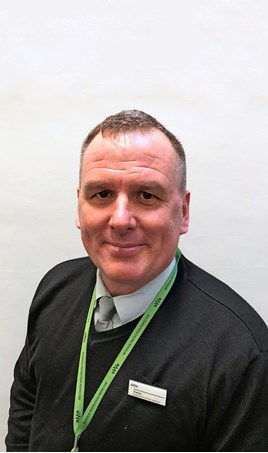 Dwain White has almost single-handedly changed the behavior of school children on the Beech Line through his perseverance to bring about a safer railway.

Unsafe and antisocial behavior by local children had been creating a real problem on the railway for five or six years before Dwain came along. The staff were so upset by the verbal and physical abuse they received that they were refusing to work and the British Transport Police was having to stage a heavy police presence. Revenues were down because staff were unable to reach customers because they were spending too much of their time dealing with disruptive children.

Then Dwain came along. He knew that the best way to change the situation was through the local school rather than the children’s parents. After a number of meetings with the school headmistress, Dwain persuaded her to travel on a train with him so she could see the extent of the problem and plans were put in place for regular travel by the head and teaching staff on trains that were a particular problem, and free travel was granted to them (off-set by the increase in revenue collected from the disruptive children).

“I don’t know who was more shocked the headmistress or the students,” Dwain told the NRA judges.

He subsequently went into the school and spoke to student in their assemblies, set up a committee of students known as Rail Ambassadors and introduced a subsidized ticket scheme that gave students a cheaper season ticket on the condition that they sign and adhere to a Pupil Code of Conduct.

Much of the preparation for this was done in Dwain’s own time, but he didn’t mind. He told judges that he was used to working 12-hour days as a juvenile prison officer so, now that he only works seven-hour days, he thought he might as well do something worthwhile with his time rather than stay home and do the ironing!

As a result of Dwain’s passionate determination there is no longer a BTP presence, GWR staff have a good relationship with many of the students, revenues are up because more adult fares are being collected and GWR has set up a community partnership meeting to roll this initiative out in Devon.

Judges said: “Dwain was not employed to sort this problem out so he could have just let the status quo remain but, as you would expect from an OPC winner, there was no way he was going to sit back and not at least try and do something to change the situation. He went the extra mile because he believed this was the right thing to do.”

Nikki May is so passionate about her job that she can’t wait to get up in the morning. Her enthusiasm for customer service excellence earns her constant positive feedback from happy passengers, whether it’s a tweet from someone whose morning was cheered up, a phone-call from a tired mum whose children were kept entertained by Nikki’s on-board jokes or the many customers who send positive comments on social media.

Nikki told judges that she “conducts” the train like an orchestra and it is up to her to set the tone. Every day she challenges herself to do better than the day before.

Judges said: “When we asked Nikki how she dealt with difficult customers she said they were the ones who “needed the most love”. She said after ten years in the ambulance service she knows better than most that we are only here for a short time and so it is important to make the most of it.”