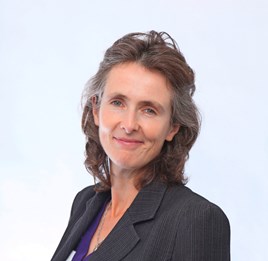 Ailie MacAdam heads up Bechtel’s global rail business and is one of the most experienced, inspiring and influential female engineers in the UK today. She is an award-winning project director who has successfully led and delivered complex projects across the world. This has included on-time and on-budget delivery of some of the most high-profile rail projects in the UK and setting new standards for rail infrastructure delivery.

Between 2011 and 2014, Ailie was project director at Crossrail, where Bechtel is providing programme management and engineering services. She was responsible for the delivery of £7.5 billion of new infrastructure and went on to head up Bechtel’s global rail business of 2,000 staff across the world.

Ailie has made a difference not only to how rail infrastructure projects are delivered in the UK, but also to the diversity demographics of our industry, paving the way for more female engineers in the rail sector.