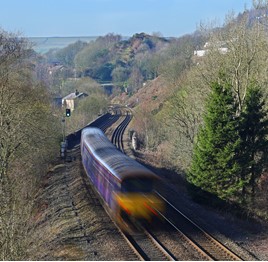 Northern MPs have criticised the Northern Powerhouse Rail project for focusing too much on enhancing city-to-city connectivity, rather than looking at increasing transport links between smaller settlements in the region.

Responding to a presentation made at an All-Party Parliamentary Rail Group meeting by Tim Wood, Northern Powerhouse Rail Director at Transport for the North, Great Grimsby MP Melanie Onn raised concerns that the new schemes are not going to help improve the economies of towns.

She said: “The plan is very city-focused, and there remains an issue around how we can improve economies outside the cities - and that means looking at towns slightly further out because those are the areas that are continuing to struggle. I am interested to know how we are we going to improve the situation for towns.”

Wood countered that the long-term plan is to “amplify the number of trains”, stating that Hull-Leeds services would increase from one train per hour to two trains per hour. But he warned that the infrastructure needs to be in place first, in order to accommodate both longer and more trains.