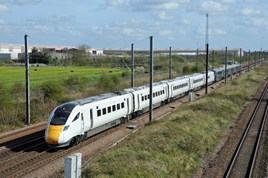 Maynard confirmed the meeting in a House of Commons Transport debate on March 30. He was replying to Rachael Maskell (Labour/Co-op, York Central), who had asked about the “urgent renewal” needed for the ECML’s wires.

Maskell had asked: “We already know that there is six times higher spend in the South than in the North on rail and transport infrastructure, but we also seem to have an east-west divide in rail - the East Coast route has received £3 billion less than that of the West. Will the Government bring forward their funding to upgrade the East Coast Main Line infrastructure, since the passenger performance measure is now at 25.1% because of overhead line failure?”