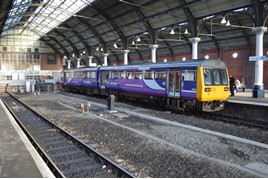 Responding to a Commons Written Question from Dan Jarvis (Labour, Barnsley Central) about delays to the removal of Pacers from service, Heaton-Harris said: “Northern retired the first of its 102 Pacers in August and it plans to remove two-thirds by December 2019.

“Northern advises that, subject to receiving appropriate dispensation, up to 34 (11 Class 142 and 23 Class 144) Pacers will remain in the fleet for a short time into 2020, to cover the delay in delivery of new trains into the franchise.

“If these trains were not allowed to continue in the fleet, then a large number of services would need to be cancelled, causing disruption for passengers across the North.”