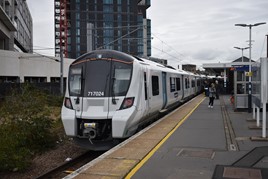 Great Northern inner-suburban trains could be operated by Transport for London by September 2022, Rail Minister Chris Heaton-Harris has confirmed.

In a letter dated June 19 to Heidi Alexander, Deputy Mayor, Transport and Deputy Chairwoman, Transport for London, the Rail Minister wrote: “As you know, TfL has submitted a Strategic Outline Business Case for the devolution of these services. This has now been reviewed by my officials, and I have been advised of the potential benefits of devolution and the challenges which would need to be overcome to deliver a successful transfer to TfL.”

The services run from Moorgate and London King’s Cross as far north as Letchworth Garden City. The idea of transferring them from Govia Thameslink Railway to TfL was put forward by former Secretary of State for Transport Chris Grayling in 2018, following the collapse of the Virgin Trains East Coast franchise and the possibility of other GN routes being added to that operation at a later date. It had also been suggested in the Gibb report looking at GTR, published the year before.

However, Heaton-Harris warns that the decision to explore TfL taking over the GN Inners does not necessarily imply that other rail operations identified by TfL would be devolved in the future.

As for costs, he wrote that it was assumed any transfer would be cost-neutral for Government. But now that the Department for Transport is providing emergency funding for TfL, the Minister wants it set out how the costs would work in practice, including a consideration of the effects of the COVID-19 pandemic and how costs can be controlled.

However, he warns: “Before any date of transfer is determined I would like to be assured that we can achieve all we need to in terms of deliverability and that there would be no detrimental impact on passengers in terms of service.”