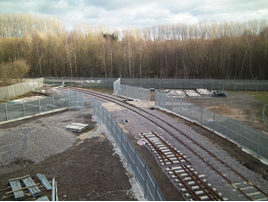 The tram-train project in Sheffield is “on track and on schedule”, says Rail Minister Paul Maynard.

Replying to a question from Clive Betts (Labour, Sheffield South East) in a Parliamentary question session on January 16, Maynard said: “As far as I am aware, the project is on track and on schedule, but I am particularly keen to understand the lessons that can be learned from it, to make sure that any projects elsewhere are done properly and to time the first time around.”

Betts had also asked for a date when lessons into the trial (first announced in the late 2000s) would be revealed so that these could be rolled out across the country.

Betts added: “Will he give particular consideration to the availability of hybrid tram-trains, which would mean that the vehicles could run on non-electrified heavy rail routes?”

"Talks are at an early stage and there is no agreement in place," - Rail Minister on Eurostar's problems