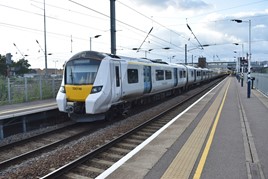 In its full year results published on September 5, the group says profit margins are at “historically low levels, impacted in particular by Govia Thameslink Railway”.

Total revenue was £2.8 billion, an 11% increase on the previous year, but operating profit margins halved by 0.9 percentage points to 0.9%. However, revenue growth increased by 2.2pp to 6% on Southeastern, and by 0.3pp to 8% on GTR.