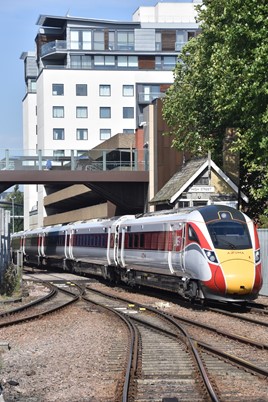 New Azumas will serve Lincoln on weekdays from October 21, as LNER extends its London King’s Cross-Newark Northgate services to the city.

The existing 0730 Lincoln-London and 1906 return will remain HST-operated until later this year, when more new Hitachi Azumas are available.

A sixth daily weekday service will be introduced as part of the December timetable (leaving London at 0806 and returning at 2025), along with five additional Saturday services. Azumas will start serving Lincoln on weekends from December 7.