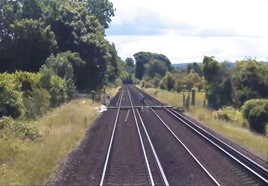 Network Rail and the British Transport Police have issued a joint plea for the public to stop taking risks on level crossings, following an increase in reports of trespass incidents and level crossing misuse.

The organisations say cameras have captured “dozens” of incidents, including people wandering along tracks or misusing level crossings by stopping to take selfies or pictures of others.

They have urged people not to loiter or be complacent when using a level crossing, calling on parents to ensure their children are closely supervised when in the vicinity of the railway.

The BTP said it has recorded 221 incidents of trespass and 67 incidents of misuse at level crossings so far this year, but expects the actual number of occasions that people have risked their lives to be much higher.

NR said these incidents have also led to delays for passengers, with more than 7,000 minutes of delay caused directly by trespass and level crossing misuse so far this year.