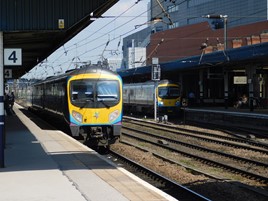 It is the role of the train leasing companies to take a view on the expected life of trains and offer them at competitive rates to the market, said Rail Minister Jo Johnson on May 8. This would then ensure they are kept in service for their expected life.

Johnson was responding to a Commons Written Question from Shadow Transport Secretary Andy McDonald, who had asked about the level of future vehicle leasing charges. McDonald claimed there was a projected shortening of average vehicle life.

It is also a matter for the rolling stock leasing companies to determine the use or storage of more than 4,000 vehicles coming off-lease in the next three years.

Johnson made the statement in a Commons Written Reply to McDonald on May 3.

Trains such as the Class 707s were ordered at the behest of Government, but currently have no future home.