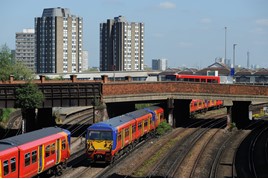 Government will insist on a gradual approach to timetable change where possible, rather than the significant changes seen in May, according to Rail Minister Jo Johnson.

In a Commons Written Reply to Ranil Jayawardena (Conservative, North East Hampshire), who had asked about the planned improvements for South Western Railway, Johnson said: “I am determined both that the problems are dealt with as quickly as possible, and that this is not repeated in the future. I am also clear that the way timetabling is done has to change.

“It is obvious that Network Rail’s current timetabling system simply cannot cope with the volume of work that it has to complete, and so we have asked both the current leadership and the incoming Chief Executive, Andrew Haines, to ensure that this issue is addressed as a priority.”

Johnson added: “I will insist on a gradual approach to timetable change wherever possible, and not the significant changes that we have seen this month. This is ahead of South Western Railway’s new December 2018 timetable.”