Infrastructure delays force Northern to soldier on with Pacers 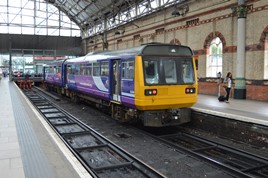 Forty-six Pacers remained in traffic with Northern at the start of January, after they were supposed to have been sent off-lease.

According to the operator’s franchise agreement, 33 Class 142s were due to be off-lease from January 5. Meanwhile, 13 two-car Class 144s were to have been returned to Porterbrook by January 5 (the first five were supposed to have been sent off-lease on September 15 last year, followed by two in October, four in November and the final two this January).

Instead, the trains remain in traffic, with Northern citing problems with electrification for their retention. The final ten three-car Class 144s are due off-lease on March 31.