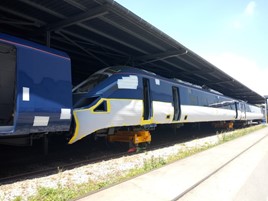 Construction of five Class 802/3s for Hull Trains remains on schedule, with the first set due in the UK on August 29.

The five sets are now all at Pistoia, Italy, where they are being assembled by Hitachi. They will follow the final sets for TransPennine Express being built at the site. The bodyshells were constructed at Kasado, Japan. Seats are being manufactured by Fainsa in Barcelona. 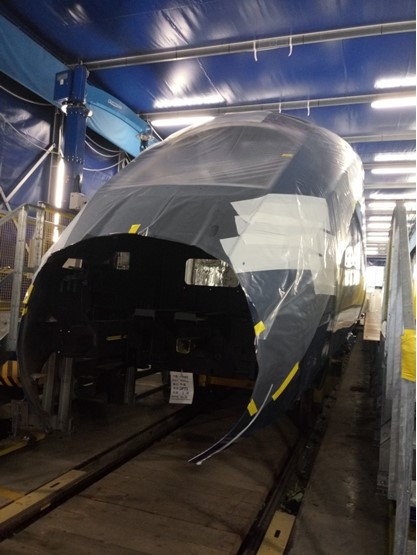 HT is investing £60 million in the trains, which will enter traffic this November and replace the four Class 180s and two High Speed Trains it currently uses.

Richard Vernon, Fleet Project Engineer at Hull Trains said: “We are on schedule for the first train to arrive in the UK in August, and by November the first train will be in passenger use.”