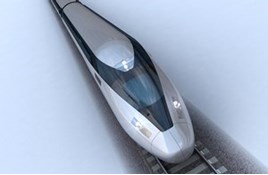 Not building HS2’s eastern leg to Sheffield and Leeds could add a further £13 billion to the cost of Northern Powerhouse Rail, says NPR Director at Transport for the North Tim Wood.

NPR is due to cost around £39 billion, which includes building new railways and upgrading existing routes. Around 50 miles of HS2 infrastructure will be shared by the new railways.

Wood has also called for infill electrification schemes, to ensure that skills required for NPR and HS2 are not lost from the industry.

He was speaking to RAIL on October 7, as HS2 Ltd revealed possible changes to the high-speed line that would allow collaboration with NPR. These have so far only been revealed for the North West.

Wood told RAIL that the NPR plans are being fed into the Integrated Rail Plan that is due for publication in December. “I’ve always said I want to get going in 2024-25, but we are working on it now. Surveys are being carried out on the Hull-Leeds line,” he said.

Regarding HS2, Wood said: “It is good to see proposals for HS2 moving forwards, as the North has waited too long for the new investment it needs in high-speed rail lines found elsewhere in Europe. Together, the two projects will form the backbone of a future-proof rail network for our region.

“But we must ensure that this investment allows for benefits to be shared equally across the North. Northern Powerhouse Rail relies on parts of HS2 infrastructure being built to run its trains.

“Therefore, it is vital the Government’s Integrated Rail Plan commits to bringing forward plans for the HS2 eastern leg connecting the Midlands with Yorkshire, including Sheffield and Leeds, and getting spades in the ground in the North as soon as possible.”