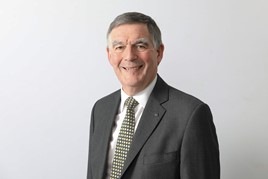 Reports that the HS2 route to Leeds will not be built have been described as “speculation” by HS2 Ltd Chairman Allan Cook CBE.

Speaking exclusively to RAIL on July 16, Cook said: “I and Douglas Oakervee both said it was essential to build the ‘Y-shape’ route. Speculation that it won’t happen is just that - speculation. If we are to help the UK benefit and level up the economy, we have to continue with this.”

HS2 finally received its Notice to Proceed in April this year, having received Royal Assent for Phase 1 in February 2017.

The latest speculation follows concern that HS2’s eastern section may not be built (RAIL 909), and that trains will run to the North West first despite the Benefit:Cost Ratio (BCR) for HS2 to Leeds being twice that of Manchester.