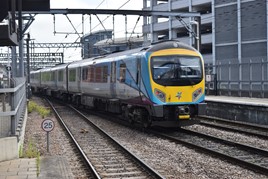 “We will have spades in the ground by the mid-2020s,” Transport for the North’s Northern Powerhouse Rail Director Tim Wood announced on September 8.

Addressing a Westminster Social Policy Forum webinar, Wood said the proposed start date for construction is “not a long time away” and that NPR will form a key part of a Northern Infrastructure Pipeline.

He told the webinar: “Despite the obvious challenges over the recent months, the NPR programme continues to progress at pace.”

NPR is a proposed network featuring new railways and upgraded existing routes. As well as planned new sections of railway, it will also feed into HS2 Phase 2b and the Trans-Pennine Route Upgrade. Plans are expected to be presented to the TfN board this November.

Wood claimed that Northern Powerhouse Rail can rebalance the UK’s economy and bring ‘tangible benefits to Northerners that will make a real difference to their lives”.

He added: “In a few months the North will have chosen the rail future it wants - one that is transformative in terms of journey times, capacity and connectivity but also economically, socially and environmentally.”