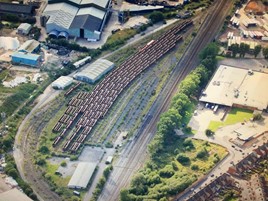 The majority of the freehold interest in Worksop Wagon Repair Depot has been bought by Harry Needle Railroad Company from DB Cargo UK.

DB retains its leasehold interest in the Worksop Down Reception Sidings, and the two companies have agreed to a Connection Contract that to ensure the facilities remain connected.

The contract is based closely on the Office of Rail and Road’s Model Clause Contract but will still be submitted to the regulator rather than under the General Approval process as it does not involve the connection of the adjacent facility to the Network Rail network.

It’s also been agreed between DB and HNRC that the latter will hold the access rights for all rail vehicles moving to and from the Wagon Repair Depot across DB’s Reception Sidings.

The two firms plan enter a Facility Access Contract which must be approved.

Other operators are invited to comment on the proposals and the consultation closes at 1700 on February 4.