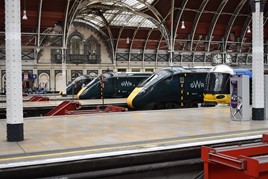 Ahead of a major timetable change on December 15, Great Western Railway is confident it will not be affected by problems similar to those suffered by the industry in May 2018.

GWR is introducing its biggest timetable recast since the introduction of High Speed Trains in 1976, with 75% of all trains changing times, meaning an extra 10,000 more seats per day into London Paddington at peak-time.

Further west, there is a 24% increase in trains terminating at Exeter St Davids, as GWR improves frequency and capacity in the South West.

GWR spokesman Dan Panes said: “We aren’t in the same position as other parts of the UK network were last year, where the trains needed to run and the timetable was not in place, late changes had been made to the timetable, and staff rosters were not completed in time for the change.