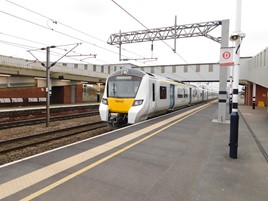 Go-Ahead Group plc has confirmed he will remain in post for a short period to oversee the development of a temporary timetable. His successor will be announced in due course.

Horton said: “I recognise that passengers have been hugely frustrated at the significant disruption caused by the introduction of new timetables. It is the right time to hand leadership of GTR to a new pair of hands. I am immensely proud of my team and I would like to thank my 7,000 colleagues at GTR for all their hard work over the past four years.”

David Brown, Group Chief Executive of Go-Ahead, said: “I would like to thank Charles for his hard work with Govia for the past 15 years. Under often challenging conditions, he has built a team to deliver the largest railway change programme for decades, on a franchise that is not only the UK's biggest, but which has also has seen the highest passenger growth.

“We are committed to working with the Department for Transport and Network Rail to address recent problems and to deliver a reliable, punctual service for passengers.”

He said: “Mr Horton may now have gone but the rotten franchise he was steering remains in place and no change at the top will alter that. This whole basket case operation is a failure on every level.

"The Horton resignation opens the door for this sorry chapter to be bro‎ught to a close and that means sweeping GTR away and returning the services to public ownership with safety, access and quality the guiding priorities."