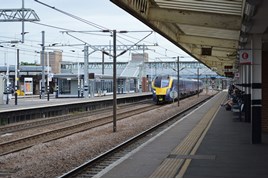 Passenger watchdog Transport Focus says there are signs of recovery in passenger satisfaction, based on the results of its Spring 2017 National Rail Passenger Survey that was published on July 25.

Overall satisfaction increased from 80% to 83% from spring 2016’s figure. Hull Trains and Heathrow Express topped the table with 97% ratings, followed by Grand Central on 94%. Merseyrail (also 94%), was the highest-rated franchised train operator, followed by Chiltern and Virgin West Coast (both 92%).

TF Chief Executive Anthony Smith said: “The figures for Southern in particular show a significant recovery in passengers’ experience, with a number of factors including the helpfulness and availability of on-board staff and also of staff at the station. Southeastern also saw their overall satisfaction scores increase by 10%."