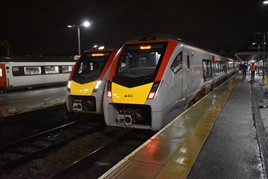 First class tickets are no longer being sold on Greater Anglia’s regional trains, following the introduction of Stadler Class 755s.

GA has also confirmed that from September 6, it will sell First Class tickets on the Norwich-London Liverpool Street route only. This will use Class 745/0s, which will be the only members of the operator’s new trains to have First Class.