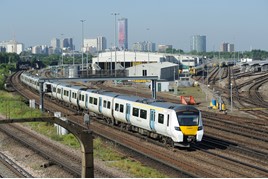 Secretary of State for Transport Chris Grayling and Rail Minister Jo Johnson met more than 50 MPs on June 5 to discuss the issues created by the timetable problems on Govia Thameslink Railway (GTR) and Northern.

They met with every MP that requested a meeting. Grayling once again reiterated his claim that the rail industry has collectively failed passengers and that operators had not raised any warning that they were not properly prepared for the timetable change.

Grayling also set out plans for the rail industry to compensate people who have been affected.

This followed Johnson’s meeting with Network Rail to discuss progress on improving services. The Department for Transport (DfT) confirmed that this was expected to take time as there were issues that require work from operators and NR.

The DfT confirmed that ministers will hold regular meetings with leaders of NR, Northern and GTR to drive improvements.

Grayling said: “My absolute priority is ensuring the unacceptable service levels on Northern and GTR are put right, and that people whose lives are being seriously impacted see the urgent improvements they deserve.

“I have listened to MPs and share their concerns that the industry has badly failed its passengers. As I made clear, I will not hesitate to take serious action if operators are found to be in breach of their franchise agreement.

“The experiences and frustrations of passengers will be front and centre of my daily discussions with the industry, and we are committed to ensuring they are rightly compensated for the disruption they have experienced.”
He said information regarding details on compensation will be set out soon, and that work is underway to establish an inquiry. The DfT is to assess whether GTR and Northern met their respective contractual obligations. Grayling said that should the inquiry find evidence of negligent behaviour he will not hesitate in taking action – which could include stripping operators of their franchise.