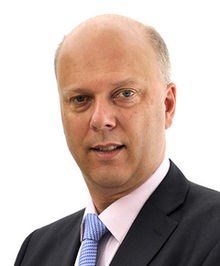 Former Secretary of State for Transport Chris Grayling used his last appearance at the Transport Select Committee on July 17 to remind potential successors under new Prime Minister Boris Johnson that transport “affects more people, in more of their lives, than any other area of government and that therefore you are also walking through a bit of a minefield”.

Grayling's departure was confirmed on July 24, when he resigned from the post. Grant Shapps has since replaced him.

Asked about criticism of Northern and calls for it to be stripped of its franchise, he said: “As you know from the situation on the East Coast, I will not resile from taking away a franchise if it is the right thing to do, and if I have the contractual basis for doing so.

“We are watching, and will continue to watch very carefully, Northern’s performance in all respects, and I expect them to deliver on what they have committed to deliver.

“It has not been good enough up to now, although it is a lot better than it was last year, and there is still a way to go, and I hope the new trains will make a significant difference. You should not underestimate the Department’s determination to make sure that franchise works. If Northern cannot deliver, of course we would look at all options.”