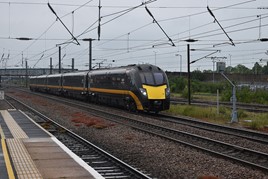 Grand Central suspended its trains between Sunderland, Bradford and London King’s Cross for an initial two months from the end of April 3 as travel restrictions limit passenger numbers for the Arriva-owned open-access operator.

The RMT union demanded full protection of jobs and wages, and the TSSA called for LNER to take over Grand Central’s operation in addition to Hull Trains to protect services for key workers.

GC says it has held talks with the three main rail unions to “ensure the best possible outcome for staff” during the suspension of services and that it would make full use of the government’s furlough scheme, which supports the cost of wages up to 80% of the normal pay or £2,500, whichever is lower.

In addition to the suspension of GC’s core operation, it has paused preparations for its Blackpool-London services and extra trains between Sunderland and King’s Cross until early 2021. A skeleton team will remain in place to ensure GC can resume services once travel restrictions ease.

Passengers with GC tickets can claim a full refund from the outlet they bought their tickets from or if their journeys are absolutely essential use them to travel on other operators’ services.

GC Managing Director Richard McClean said: “So far we have offered a rail service, under a reduced timetable, in order to keep key-workers moving at a time of crisis. This comes with all the costs of running a train service, while bringing no ticket revenue to our business.

“This situation is unsustainable and, following several days of discussion with the Department for Transport (DfT), we have no alternative but to suspend our services.

“We recognise this will be disappointing news and we know how many people rely on our services and we thank all our customers for their fantastic support and understanding.”