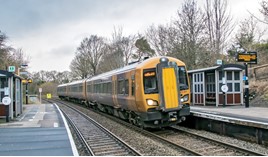 West Midlands Trains has been ordered to spend an extra £20 million on service improvements by the Department for Transport.

This follow WMT breaching its performance targets. The DfT also made it clear that this decision should act as a warning to other operators that poor performance and failure to meet contractual obligations will be met with a firm response, although there is no mention of Abellio being at risk of losing the WMT franchise.

Secretary of State for Transport Grant Shapps said: “One of my priorities is getting the trains to run on time, and as a commuter myself I understand all too well the frustration caused by endless delays and cancellations.

“West Midlands Trains has failed to fulfil its obligations – to its franchise agreement and, most importantly, to its passengers.

“The action we’re taking means they must invest in rapidly improving services, so that passengers have reliable, punctual trains they can rely on.”

“Every minute of delay adds up, and for far too long passengers have been left stuck on train platforms at the mercy of a fickle live departure board.

“Having our country’s trains run on time must be the rule, not the exception. This is a warning that operators simply must do better for their passengers.”

Andy Street, Mayor of the West Midlands, said: “West Midlands Trains' performance at the back end of last year was absolutely woeful and it is only right - as I requested - that the firm must pay the price financially.”
The money will be used to fund an already announced 3% discount on season ticket renewals and a 10% reduction in off-peak fares in July and August. May and December timetable improvements will also be funded by this extra money. Extra drivers and senior conductors must be recruited as well to counter staff shortages.