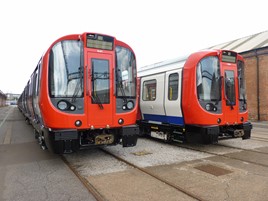 Transport for London and the Department for Transport have agreed a funding package in order to keep the capital moving.

Government will provide £1.6 billion funding until October 17 2020. TfL has suffered an overall 90% drop in passengers since the start of the lockdown, with the majority of its usual funding received via fares.

A mixture of grants and loans has been agreed by London Mayor Sadiq Khan, including an agreement to increase service levels as soon as possible to enable passengers to comply with social distancing rules.

The funding package comprises an Extraordinary Support Grant of £1.095bn payable under section 101 of the Greater London Authority (GLA) Act 1999, and incremental borrowing by TfL from the Public Works Loan Board of £505 million.

To safeguard future services, the package involves reintroducing bus fares and reinstating the congestion charge. Both have been suspended during the pandemic.

Khan has also agreed that Government will carry out an immediate and broad-ranging review of TfL’s future financial position and structure, including “the potential for efficiencies”.

The Mayor will also axe the ‘fares freeze’, with an increase on all modes by RPI+1% to be introduced next year, in line with proposals in TfL’s own business plan. This is designed to place it on a more sustainable footing.

Secretary of State for Transport Grant Shapps said: “People should avoid using public transport and work from home wherever possible. But as measures are slowly lifted, it is vital that Londoners who need to use TfL services feel safe and secure.

A London COVID-19 task force, with representatives from Government and TfL, has been established to oversee operational decisions during the crisis. This has been tasked with taking all practical steps to increase the number of services.

London Transport Commissioner Mike Brown MVO said: “I welcome this support from Government, which will help us continue to get London moving and working again, safely and sustainably.

“We have worked closely with the Government and Mayor as part of the national effort to fight the virus, rapidly reducing passenger numbers to levels not seen for 100 years. This has meant that our fare and other revenue has fallen by 90%.

“We now need to help London recover as restrictions on movement are gradually eased, with public health and more active forms of travel at the forefront of our thinking.”