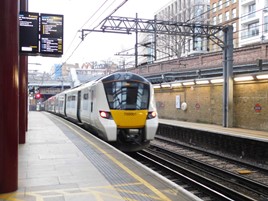 The government has launched a Rail Sector Deal designed to reduce infrastructure costs and increase innovation. Under the plans, revealed on December 6, the deal is also designed to double the industry’s exports by 2025.

The deal forms part of the government’s modern Industrial Strategy and encourages exchange of ideas between the rail industry and other sectors.

“Since their invention nearly two centuries ago, the railways have brought people across the country closer together and helped to drive our industries,” said Rail Minister Andrew Jones.

“The rail sector deal will help us go even further, enabling the industry to harness new digital technologies to improve the experience of passengers and create well-paid, highly-skilled jobs,” he added.

The government expects the deal will reduce the cost of building the railway while supporting the sector to increase exports. This will be achieved partly by attracting small businesses to the market and encouraging young people to the industry.

Plans include significantly reducing digital signalling costs by 2025, supporting sector apprenticeships and increasing awareness of the opportunities available and to establish a data sharing platform to support further innovation.