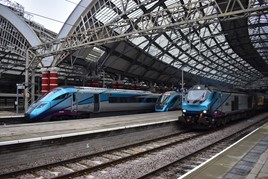 These replace the six-month Emergency Measures Agreements (EMAs) that expired yesterday, having been introduced in late March to protect train operating companies (TOCs) from the effects of lockdown. From their start until the end of June, the EMAs cost some £3.5 billion.

The Government claims the new system will create a simpler, more effective structure that will take shape over the coming months. The first stage is today’s announcement of moving TOCs onto transitional contracts to prepare for the new arrangement.

ERMAs have tougher performance targets and smaller management fees (1.5% as opposed to the 2% announced in March). Department for Transport claims the new deals enable a start to be made on key reforms, including better co-ordination between TOCs as well as driving down excessive capital costs.

Currently it’s planned that TOCs will run an almost full service, to ensure there is sufficient space to help passengers travel safely. Rail Minister Chris Heaton-Harris told Government earlier this month that 91% of services are running, and other than a few local tweaks to meet demand, that will remain the case.

Network Rail has confirmed that no timetable changes are planned until December. Already this year there have been four changes (March 23, May 18, July 6 and September 7).

DfT says today’s announcement has the full support of Keith Williams, who in 2018 was commissioned to produce an independent rail review following that year’s timetable failures. This review was due to be published last year, but has yet to be released. A White Paper will be published once the course of the pandemic is clearer, the DfT said today.

“The model of privatisation adopted 25 years ago has seen significant rises in passenger numbers, but this pandemic has proven that it is no longer working,” said Secretary of State for Transport Grant Shapps.

“Our new deal for rail demands more for passengers. It will simplify people’s journeys, ending the uncertainty and confusion about whether you are using the right ticket or the right train company.

“It will keep the best elements of the private sector, including competition and investment, that have helped to drive growth, but deliver strategic direction, leadership and accountability.”

Williams said: “These new agreements represent the end of the complicated franchising system, demand more from the expertise and skills of the private sector, and ensure passengers return to a more punctual and co-ordinated railway.” He added he was ensuring his recommendations are fit for a post-COVID world.

Rail Delivery Group Chief Executive Paul Plummer said: “We welcome the ongoing support to keep trains running for passengers and the Government’s confirmation of an end to the franchise system, which we have long been calling for. These transitional contracts should be a stepping-stone to a better railway.”

RMT General Secretary Mick Cash said: “This announcement should now force the Government’s hand and lead them to face up to what has been staring them in the face for the best part of three decades - that public ownership is the only model that works and can steer us through a crisis such as COVID-19.”

And ASLEF General Secretary Mick Whelan said: “We are being pragmatic. We don’t want cliff-edge changes during a pandemic. We want to make sure our members continue to get paid for doing their jobs. Public ownership of Britain’s railway is a long-term strategic goal but, for now, during this coronavirus crisis, the extension of the EMAs is a pragmatic solution to the industry’s problems.”